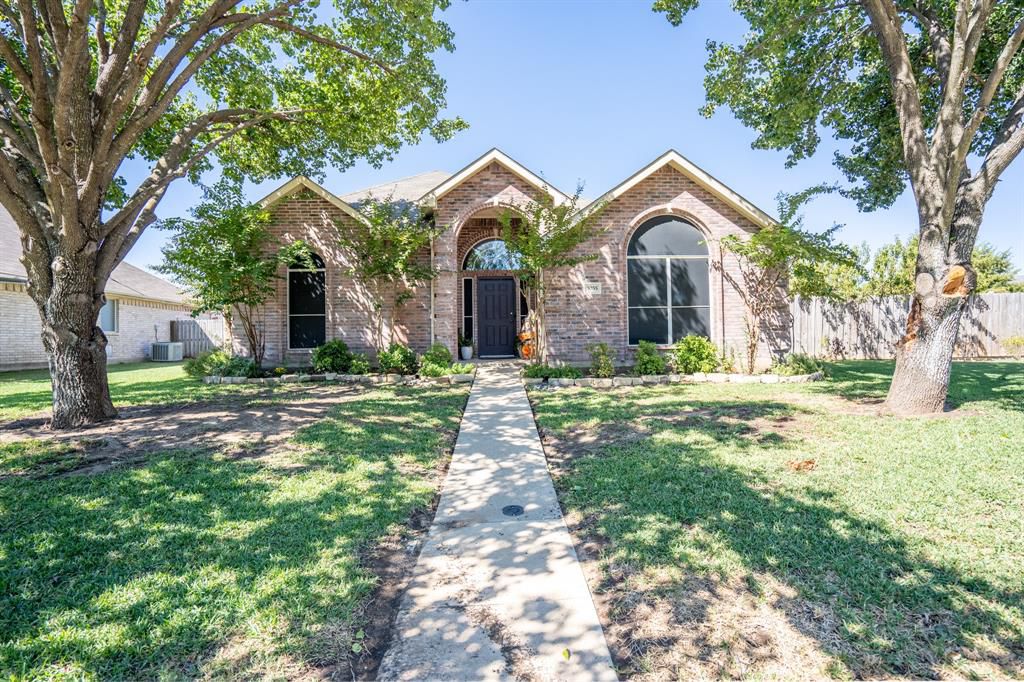 This property is no longer available to rent or to buy. This description is from December 02, 2021
Charming one story home in Highland Meadows. Split bedroom plan. Large, light and bright, living area with a cozy brick fireplace, plant ledges, and beautiful wood look laminate flooring. The flooring leads you into the spacious kitchen. Kitchen has tons of cabinet and counter space, pantry and a center island! Master retreat features a vaulted ceiling and bath with a jetted tub and separate shower. Two additional bedrooms and large second bathroom. Master bath remodel 2020, 2nd bath remodel 2021. Oversized, fenced backyard with patio. The backyard even has a producing peach and lemon tree and raised garden beds! This home is close to walking trails, greenbelt area. A MUST SEE!!

For homes in 75032
*Based on the
Trulia Estimate

These are the assigned schools for 3055 Wildflower Way.
GreatSchools ratings are based on test scores and additional metrics when available.
Check with the applicable school district prior to making a decision based on these schools. Learn more.

What Locals Say about Rockwall

Off Market Homes Near 3055 Wildflower Way