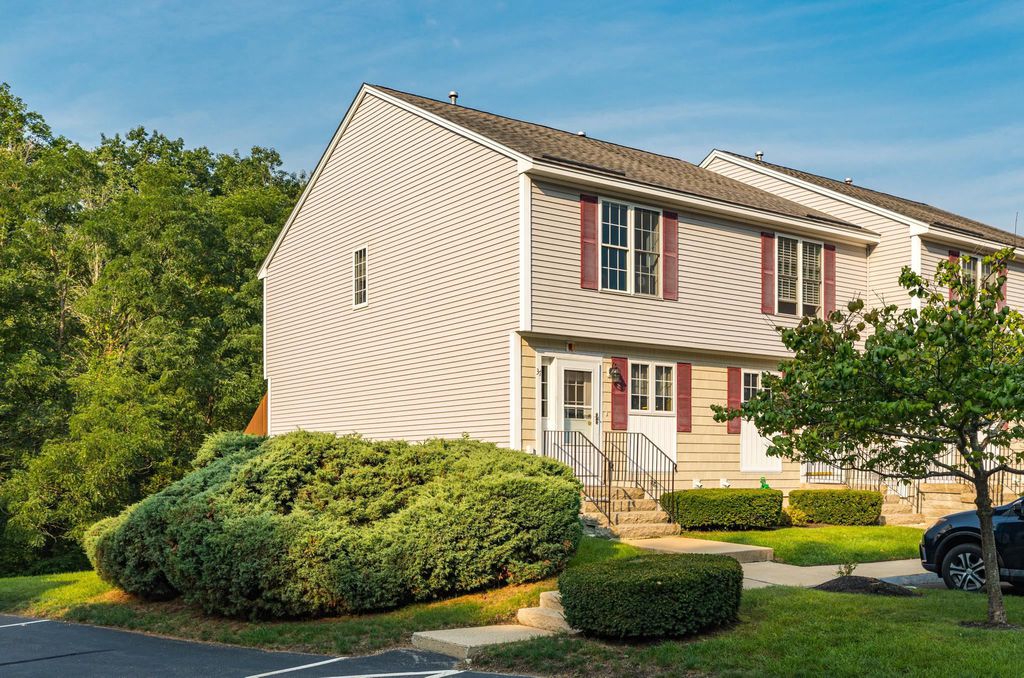 This property is no longer available to rent or to buy. This description is from December 20, 2021
Sixth Street Station condos are tucked away in an unexpectedly quiet nook right in downtown Dover. Only a half mile walk to all the happenings and dining on Central Ave. You can't beat this one! The main floor features a good size kitchen, half bath with laundry, and a flex space for however you imagine - dining, office, yoga, kid space to keep the littles close while preparing meals, or just for relaxing with a woodland view from the sliding door that allows ample sunlight and easy access to the private deck. Upstairs has two spacious bedrooms and a full bath. The basement lower level is finished and carpeted making for a great rec room or larger living room, it has another sliding door that offers more views of the tree line and walks out onto a patio. Beyond the finished living area is the bonus large utility room with lots of storage. There's much to love about this end unit, it's been well maintained, has lots of natural light, a lush woodland backdrop and a fantastic location close to all the amenities, including a direct access path from the association property to the Dover Community Trail and Cocheco River. Not to mention that the monthly HOAs are only a low $200! Showings will begin with the first open house; open houses will be held Thursdsay 9/16/21 4-6pm, Saturday 9/18/21 10am-noon, Sunday 9/19/21 10am-noon.

For homes in 03820
*Based on the
Trulia Estimate

These are the assigned schools for 37 Station Dr.
GreatSchools ratings are based on test scores and additional metrics when available.
Check with the applicable school district prior to making a decision based on these schools. Learn more.

What Locals Say about Dover

Copyright 2022 New England Real Estate Network, Inc. All rights reserved. This information is deemed reliable, but not guaranteed. The data relating to real estate displayed on this site comes in part from the IDX Program of NEREN. The information being provided is for consumers’ personal, non-commercial use and may not be used for any purpose other than to identify prospective properties consumers may be interested in purchasing. This display of listings may or may not be the entire Compilation from the NEREN database, and NEREN does not guarantee the accuracy of such information. Data last updated 2022-01-23 00:32:35 PST.

Homes for Rent Near 37 Station Dr

Off Market Homes Near 37 Station Dr