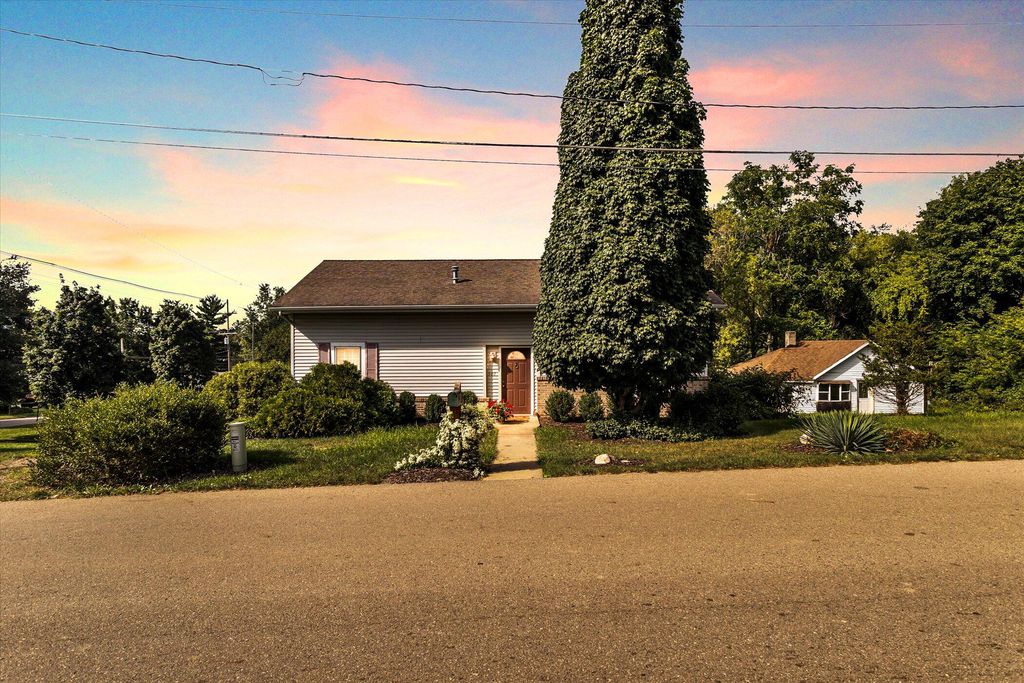 https://site.windowstill.com/507-Fair-St, Call Matt Davis to see this home, 269-967-3321. ADORABLE AND CHARMING. Unique one level home offering a cottage feel and is built for quiet comfort. The home was remodeled in the last 10 years and features a cozy living rm, kitchen w/small eating area, 2 bedrooms and a flex (office) space. Other features include; a spacious primary bed/bath, central air, replacement windows, a 1-car attached garage and is sitting on a large corner lot with an attached 2800 sq. ft. warehouse building. The building is awesome for storage--classic cars, hobbies, rental to others, workshop, or for whatever one wants (zoning and law permitting! This home also sits near the entrance to the Calhoun County Fairgrounds, giving you access to its many year-round activities. INFORMATION ABOUT THE FAIRGROUNDS. From; https://calhouncountyfairgrounds.com/about/

Walk To The Fair:

Ever since the fair was first held "way back" in 1848, the Calhoun County Fair has been the gathering place for community members every August and year round. Be sure to come out and join us for the fun!

HISTORY
Starting in 1848...
The Calhoun County Fair was first held November 5, 1839, behind what is now the Presbyterian Church, and was run by the first Calhoun County Agricultural & Industrial Society. The main reason for the fair was to educate the area farmers on the newest technology available at that time.

In 1845, a Mechanics Fair was held on the "Capital Hill" site, which was so named because it was thought that Marshall would become Michigan's state capital. However, Lansing won the right by one vote.

The Calhoun County Agricultural & Industrial Society reorganized in 1848 and held the next gathering at Capital Hill in 1849. It was at that time they decided to make it a yearly event, and it has existed as such ever since. In the years to follow, subsequent fairs were not always held at the same location. In fact, in 1852, the fair was held in an old warehouse/depot on Hart Street. A newspaper article in 1856 reported that the 8th annual Calhoun County Fair was held.

In 1860, Floral Hall was built on the fairgrounds for the sum of $590. During the Civil War it was used as barracks by the First Michigan Volunteer Infantry Regiment, "Abraham Lincoln's Own", while they awaited the call to go off to war.

In 1902, "Fair Lake" was constructed, which is now known as Duck Pond. The building of the grandstand followed in 1907. Then, in 1929, the fair was turned over to the Calhoun County Board of Supervision.

The fair survived the Great Depression and World War II, and followed with a "Centennial Celebration" in 1948.

In the early 1970s, the new "Boys & Girls Exhibitors Building" (currently known as the Belcher Building) and a show arena were built. The money for these projects was raised by 4H clubs with fundraisers, which included paper drives, car washes, and pencil sales, as well as by donations from businesses in the county.

Also in 1970, it was realized that the fairgrounds were not a high priority for the Calhoun County Board of Commissioners, and talk began of the possibility of selling the fairgrounds property. There was a public outcry in opposition to this idea and fortunately the fair manager, Lavern Russell, proved the fair very successful in 1971. Then a group of people met in Fay Owens' office in 1973, where the new Calhoun County Agricultural & Industrial Society was organized. Don and Virginia Furu borrowed $5,000 to help get funding started, and in 1974 the CCAIS leased the fairgrounds and ran its operations, eventually purchasing the property from the county for $1.

Through the years that followed, a new sheep and goat barn was built. The open class horse barn was remodeled, as well as a new roof on the 4H building. A new stage was built and a new roof was put on the grandstand. The swine barn received new doors and a new floor.

The Merchants Building became home to the new "Peck Kitchen", and the old Boys & Girls Building (Belcher Building) was redone by the Youth Advisory Councils of Calhoun County. Land was purchased and houses demolished to make more room for parking and better camping, and new fencing was put up. The fairgrounds also built a new bathroom and shower facility.

Also Listed on Real Estate One.

What Locals Say about Marshall

Do legal protections exist for the LGBT community at the county level in Calhoun County?