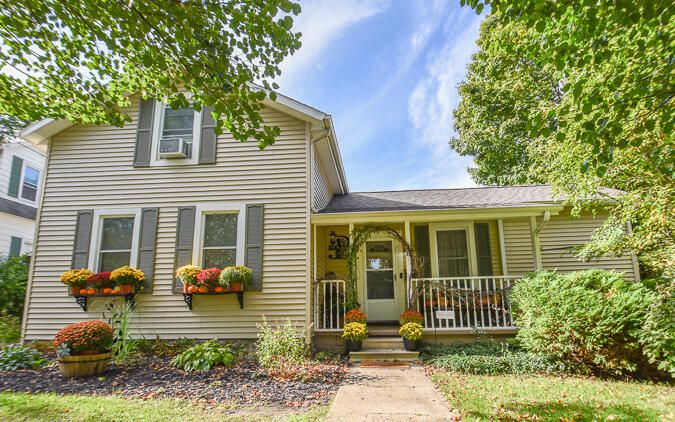 This property is no longer available to rent or to buy. This description is from November 23, 2021
Welcome to 48 Reading Avenue. This 3 bed/1 bath home is in the city limits of Hillsdale and sits on a large .83 lot. It's located close to downtown, the schools, and hospital. The home features a picture-perfect kitchen && has been WELL maintained! The kitchen has new countertops, cabinets, backsplash, and flooring. The bathroom has a modern touch with main level laundry attached. New roof, siding, and gutters in 2016. Don't forget about the replacement windows, built-ins, large shed in back yard, and great deck out back. Call today for your own viewing!! Buyers' agency to verify all information.

For homes in 49242
*Based on the
Trulia Estimate

These are the assigned schools for 48 Reading Ave.
GreatSchools ratings are based on test scores and additional metrics when available.
Check with the applicable school district prior to making a decision based on these schools. Learn more.

What Locals Say about Hillsdale

Information is deemed reliable but not guaranteed. Copyright 2021 MichRIC, LLC. All rights reserved.

Off Market Homes Near 48 Reading Ave