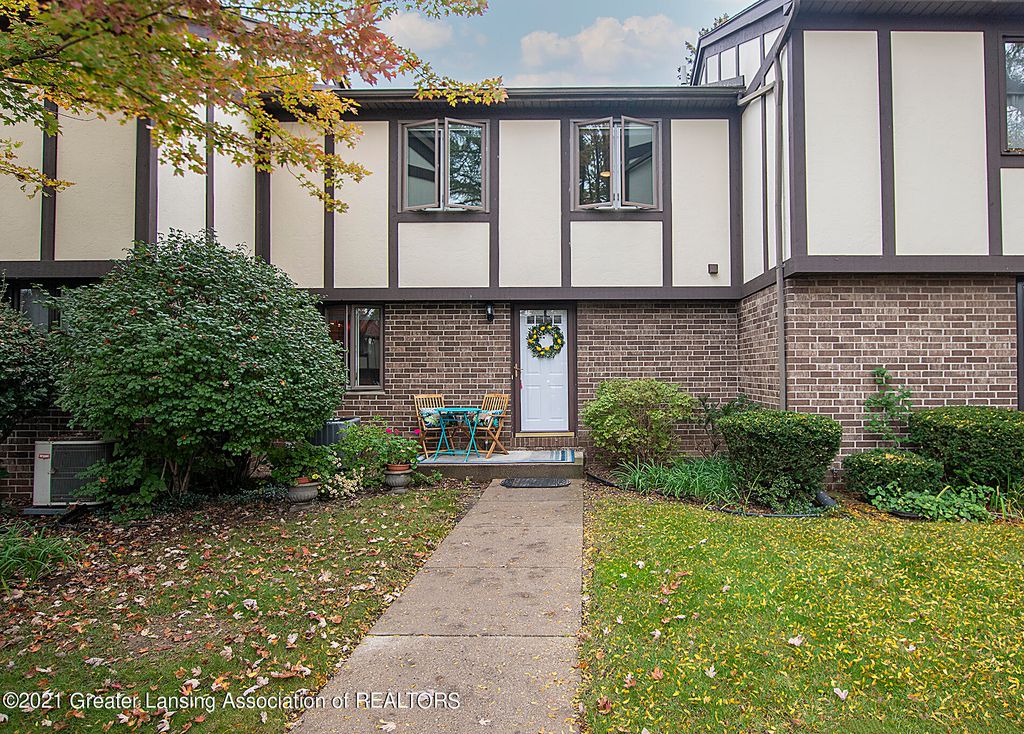 This property is no longer available to rent or to buy. This description is from January 03, 2022
6230 Brookline is where stylish and maintenance free Eastside living meet! Enjoy your updated kitchen and sun filled, wood floored open living and dining rooms overlooking your private paved lovingly landscaped courtyard which doubles as spring to fall entertainment space! Warm yourself by the fireplace or retreat to the cozy lower level family room and office. Upstairs features a big beautiful master w direct access to full bath and a view of the pool & two more spacious bedrooms. Don't miss the extra features in the kitchen like pullouts galore and under counter lighting as well as pocket doors.That even includes a garage, snow removal, lawn care, use of the pool & clubhouse, and even your water usage and trash removal for a low monthly fee of $307. East Lansing Schools w Meridian taxes.

For homes in 48823
*Based on the
Trulia Estimate

These are the assigned schools for 6230 Brookline Ct.
GreatSchools ratings are based on test scores and additional metrics when available.
Check with the applicable school district prior to making a decision based on these schools. Learn more.

What Locals Say about East Lansing

Do legal protections exist for the LGBT community in East Lansing?

IDX information is provided exclusively for Consumers' personal, non-commercial use, that it may not be used for any purpose other than to identify prospective properties Consumers may be interested in purchasing. Data is deemed reliable but is not guaranteed accurate by the MLS. Copyright © 2022 Greater Lansing Association of REALTORS®

Homes for Rent Near 6230 Brookline Ct

Off Market Homes Near 6230 Brookline Ct