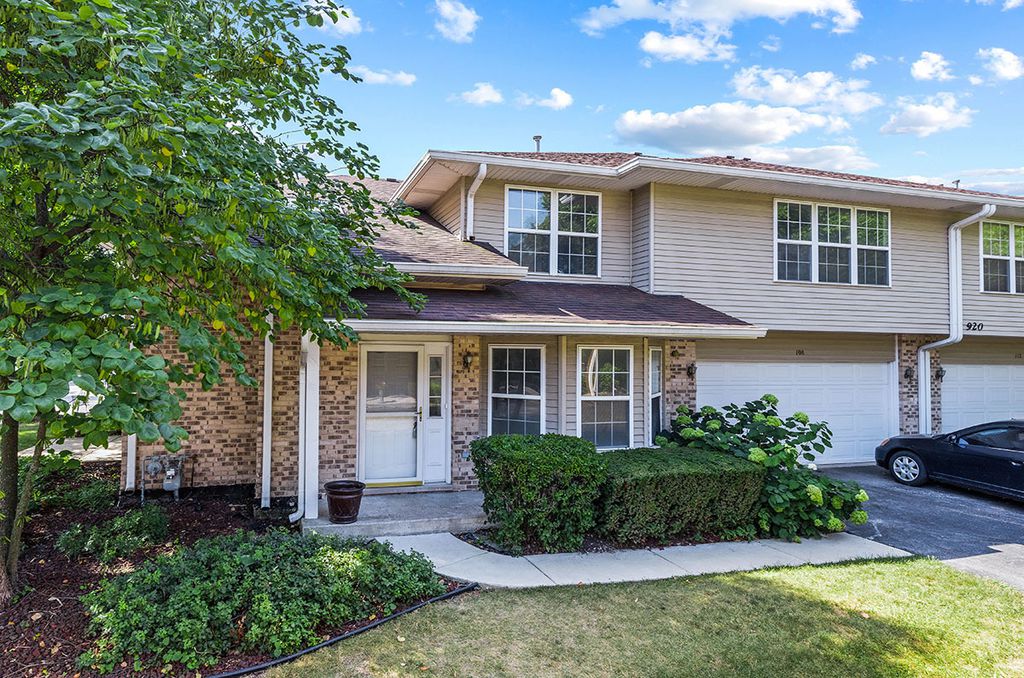 This property is no longer available to rent or to buy. This description is from November 26, 2021
Rare, completely redone 3 bed, 2.5 bath townhome in the wooded, quiet, and convenient Woodland Park neighborhood. The unbelievable location is mere minutes from Downtown Naperville's endless amenities, the Metra, expressway, and walking distance from NNHS. This unit has been upgraded from a two bed. 1.1 bath making it one of three ever available in this area. Every inch of the home welcomes you in with fresh renovations and finishes from the newly added third bedroom to the new full spa-like master bath. The kitchen features new white 42-inch cabinets, multi-level granite countertops with a built-in breakfast bar, undermount SS sink, high-end black SS Samsung appliances, new barnwood Lifeproof flooring, and a light-filled eating area with a bay window. Airy, open living room features a vaulted ceiling and skylight, gas fireplace with new surround, and beautiful yet tough as nails Lifeproof flooring. The attached dining room opens to the back patio through a brand new patio door with built-in louvers. Brand new carpet on the second floor leads to the master, a conveniently located laundry room, full bath, and two secondary bedrooms. Just added, the new full master bathroom offers durable custom porcelain tile, a double sink and vanity, and enjoy your favorite music with the built-in Bluetooth speaker/vent/light. The second full bath boasts custom porcelain tile work, new vanity, and granite counter. A 2.5 car garage rounds it out with enough room for your vehicles and toys. Truly one of a kind in a location you can't beat.

For homes in 60563
*Based on the
Trulia Estimate

These are the assigned schools for 920 Elderberry Cir #108.
GreatSchools ratings are based on test scores and additional metrics when available.
Check with the applicable school district prior to making a decision based on these schools. Learn more.

What Locals Say about Naperville