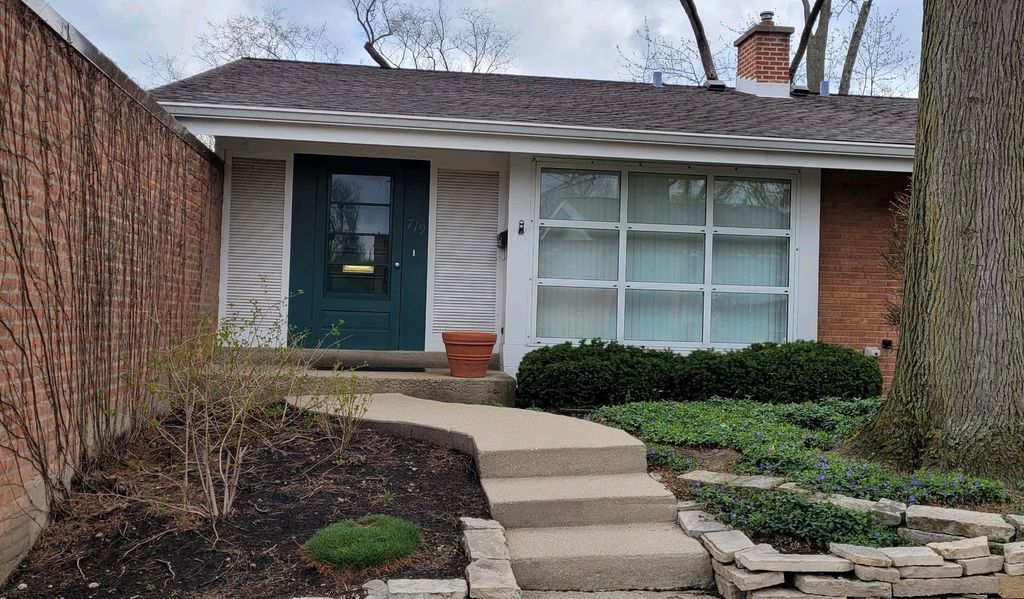 This property is no longer available to rent or to buy. This description is from May 26, 2021
Great opportunity to own a rarely available end-unit in Carriage Hill. This lovely and bright 2 bedroom, 1.5 bath unit offers a large living room with vaulted ceiling and hardwood flooring. Living room picture window has been replaced. Lower level has open floorplan with kitchen featuring stainless appliances and lots of cabinetry. Kitchen opens to family room/dining room combo with sliding doors that go out to the beautiful backyard with grass and concrete patio. This level also offers 1/2 bath, laundry room/utility room and don't miss 5' concrete crawl space for storage. Second level offers two spacious bedrooms with plenty of closet space and vaulted ceilings along with full bath. This home is in the perfect location with the garage space just behind the unit #22 and is steps to the park. Carriage Hill is contiguous to Golf Acres which leads to the Village of Golf. There is a post office and train station easily accessible. Also lovely walking paths and a gazebo. Well run community with substantial reserve fund. Close to downtown Glenview, the library. Glenview has 2 train stations.

For homes in 60025
*Based on the
Trulia Estimate

These are the assigned schools for 719 Carriage Hill Dr.
GreatSchools ratings are based on test scores and additional metrics when available.
Check with the applicable school district prior to making a decision based on these schools. Learn more.

What Locals Say about Glenview