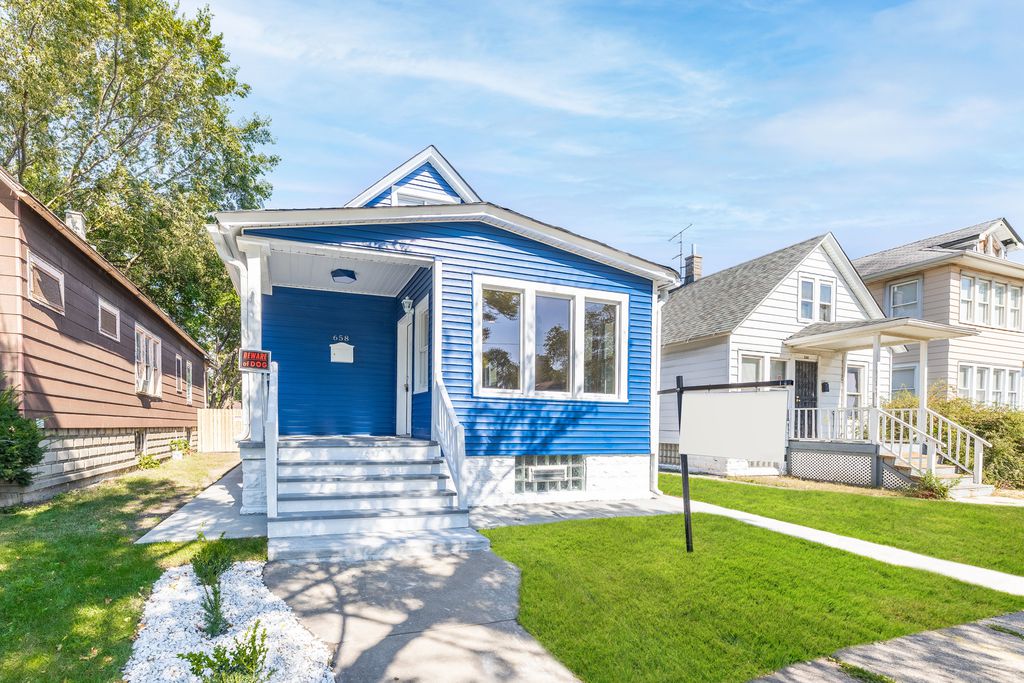 This property is no longer available to rent or to buy. This description is from November 19, 2021
Completely rehabbed single family house just hit the market. This meticulously designed property offers four spacious bedrooms, one bathrooms and a partial finished basement. Bright and modern kitchen with granite countertops and custom made cabinets and stainless steel appliances. Basement offers a laundry area, Brand new EVERYTHING: plumbing, electrical, high efficiency HVAC, windows, new front and back wooden gates, and a 2-car garage. This house is tastefully finished with a new carpet and floors. This property also features a generously sized & fenced backyard. Ideal location near expressways, new developments, restaurants and public transit. Schedule your viewing today.

For homes in 60628
*Based on the
Trulia Estimate

These are the assigned schools for 658 W 116th Pl.
GreatSchools ratings are based on test scores and additional metrics when available.
Check with the applicable school district prior to making a decision based on these schools. Learn more.