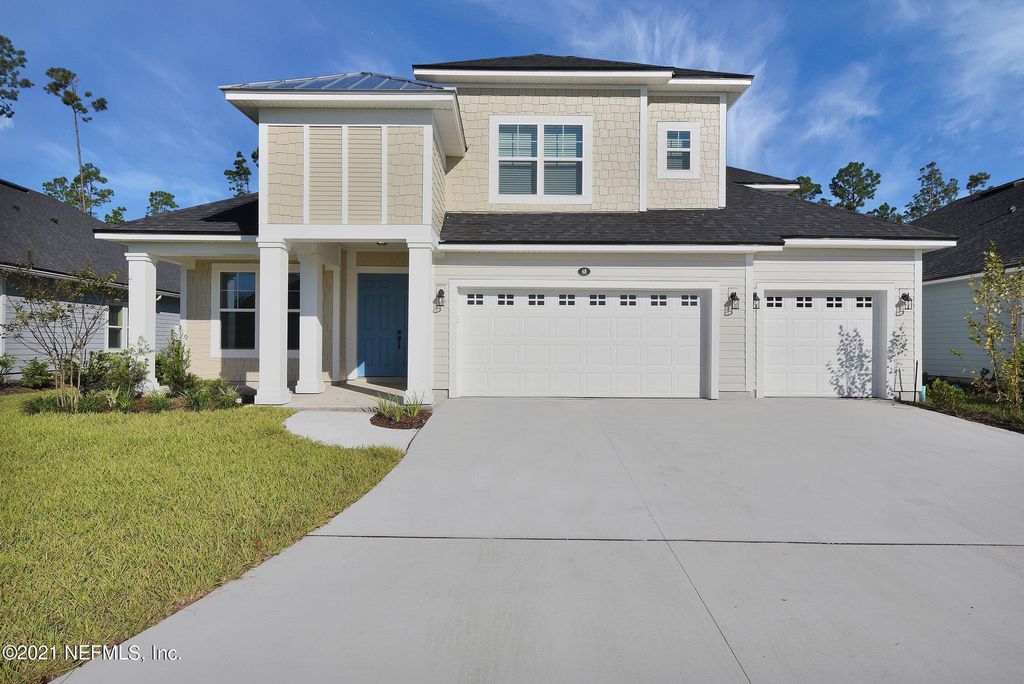 This property is no longer available to rent or to buy. This description is from December 01, 2021
A rare opportunity to purchase a beautiful new Boca II in the desirable Beacon Lake Community. This amazing home is over 3600 square feet with 6bds/5bth and an office. This beautiful house is full of many great upgrades throughout; LVP flooring, surround sound speakers in the great room, as well as quartz countertops, under cabinet lighting, gourmet kitchen with a 5 burner cooktop and subway tile backsplash, and a cozy gas fireplace with a reclaimed wood mantle. The resort style amenities are world class, and includes a 43 acre lake. Send your children to the top rated St John's County Schools. Located between I-95 & US 1 on County Road 210 Beacon Lake provides easy access to work, schools, shopping, and the beaches. You won't to miss this amazing opportunity!

For homes in 32095
*Based on the
Trulia Estimate

These are the assigned schools for 68 Garda Ct.
GreatSchools ratings are based on test scores and additional metrics when available.
Check with the applicable school district prior to making a decision based on these schools. Learn more.

What Locals Say about Saint Augustine

Do legal protections exist for the LGBT community in Saint Augustine?

Gender Identity
No
Sexual Orientation
Yes
Protection from being unfairly evicted, denied housing, or refused the ability to rent or buy housing.
On February 11, 2021, HUD announced that it interprets the federal Fair Housing Act to prohibit housing discrimination on the basis of sexual orientation and gender identity.

IDX information is provided exclusively for personal, non-commercial use, and may not be used for any purpose other than to identify prospective properties consumers may be interested in purchasing. Data is deemed reliable but is not guaranteed accurate by NEFMLS.

Off Market Homes Near 68 Garda Ct