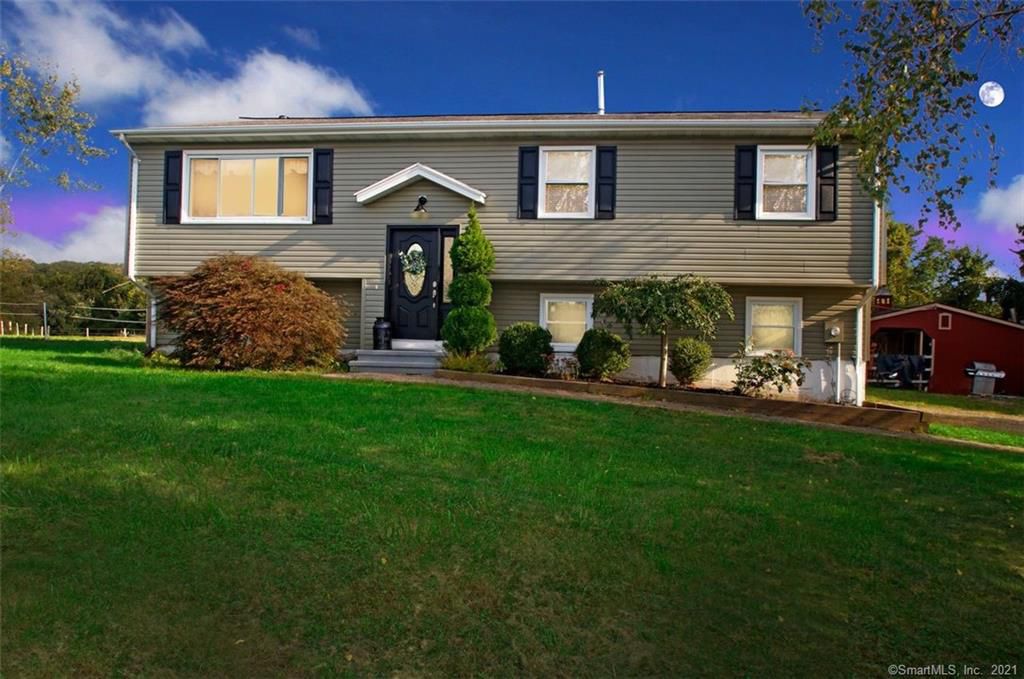 This property is no longer available to rent or to buy. This description is from December 02, 2021
WELCOME HOME to this exquisite Horse Property at the end of a cul-de-sac; 1,584 square foot, 3 Bedroom, 2 Bathroom, Raised Ranch. Features include an OPEN FLOOR PLAN, Living Room with Bay Window, Dining Room, and Kitchen with a center island complete with Stainless Steel appliances, Hardwood Floors and a sizable rear deck to enjoy the changing seasons and entertain. As you make your way down the hall you will find a Full Bathroom, Master Bedroom with double closets, and two Bedrooms. The Stairway brings you to the finished lower level Family Room with fireplace (wood burning stove), Laundry Room, Half Bath and access to the two-car Garage. Set on a grassy level lot with a Private Backyard. Barn Information: Barn was purchased from the Barn Yard in December of 2019. 3 Stall Barn with Dutch Doors, 1 stall has 2 doors and all stalls are lined with kick boards. There is electricity in the barn and two farm approved fans mounted in the over hang. End stalls are matted with rubber mats, middle stall has temporary plywood flooring for hay storage. Floor of overhang is matted with rubber stall mats. Centaur white lighting electric fence system, the plug in fence box is inside barn. Hot and cold frost free prier silcock installed on exterior of house in 2020. Convenient to schools, shopping and major commuter routes. Enjoy Jackson Cove, Kettletown State Park, hiking and bridle trails.

For homes in 06478
*Based on the
Trulia Estimate

These are the assigned schools for 8 Meadow Dr.
GreatSchools ratings are based on test scores and additional metrics when available.
Check with the applicable school district prior to making a decision based on these schools. Learn more.

What Locals Say about Oxford

Homes for Rent Near 8 Meadow Dr

Off Market Homes Near 8 Meadow Dr