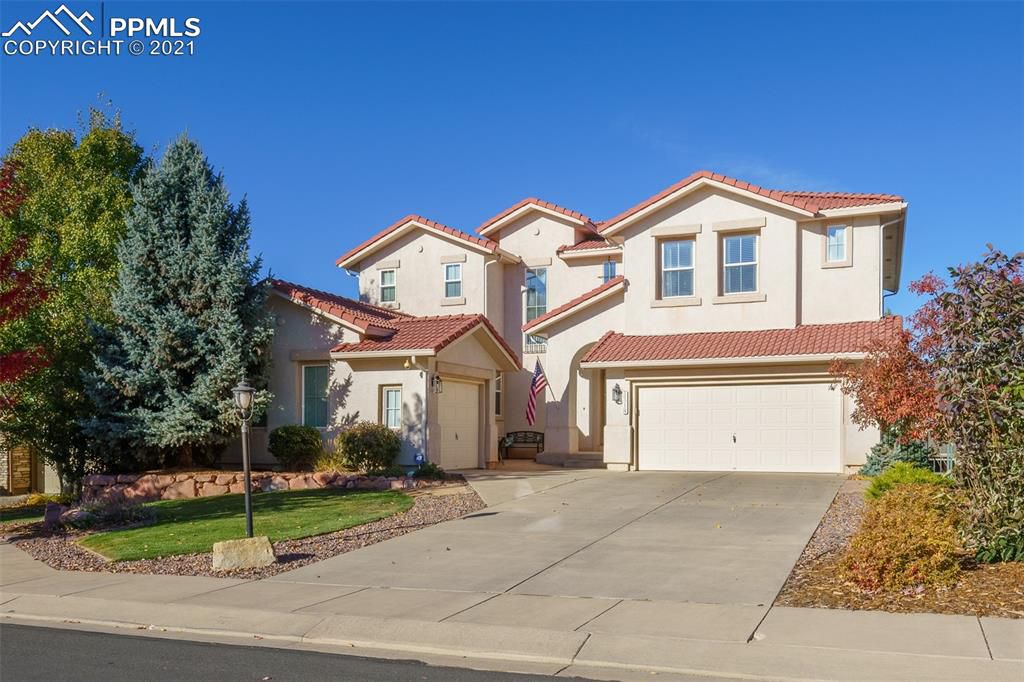 This property is no longer available to rent or to buy. This description is from December 03, 2021
Beautiful 4 bedroom 3 bath 3 car with fabulous mountain views in upscale Pine Creek on cul-de-sac. Lots of upgrades to include hardwood floors, stainless appliances, gas cooktop, kitchen island, granite counters, cherry cabinets and pantry. Bedroom on the main level can be used as an office and bedroom, it has a Murphy bed built in. The home offers formal dining room, formal living room with gas fireplace and upgraded kitchen with office nook. Hardwood floors in the kitchen, dining room, family room, main level bedroom/office, entry and stairs. Upstairs are 3 bedrooms and 2 baths plus a large loft with amazing mountain views. The master bedroom also has fabulous views with attached 5-piece bath and double vanity and soaking tub. The other two bedrooms share a Jack and Jill bath. The basement is unfinished with room for: 2 more bedrooms, a bath (plumbed), a wet bar, recreation room and plenty of storage. Upgrades include tile roof, wiring for surround sound, 2 furnaces, humidifier, security system and central a/c. Furniture is negotiable. The lawn is manicured and the backyard has metal fence. Close to shopping, golf course, schools, hospitals, et al. School District 20.

For homes in 80920
*Based on the
Trulia Estimate

These are the assigned schools for 3318 Promontory Peak Dr.
GreatSchools ratings are based on test scores and additional metrics when available.
Check with the applicable school district prior to making a decision based on these schools. Learn more.

What Locals Say about Briargate

At least 208 Trulia users voted on each feature.
Learn more about our methodology.

Do legal protections exist for the LGBT community at the state level in Colorado?

IDX information is provided exclusively for personal, non-commercial use, and may not be used for any purpose other than to identify prospective properties consumers may be interested in purchasing. This information and related content is deemed reliable but is not guaranteed accurate by the Pikes Peak REALTOR® Services Corp.