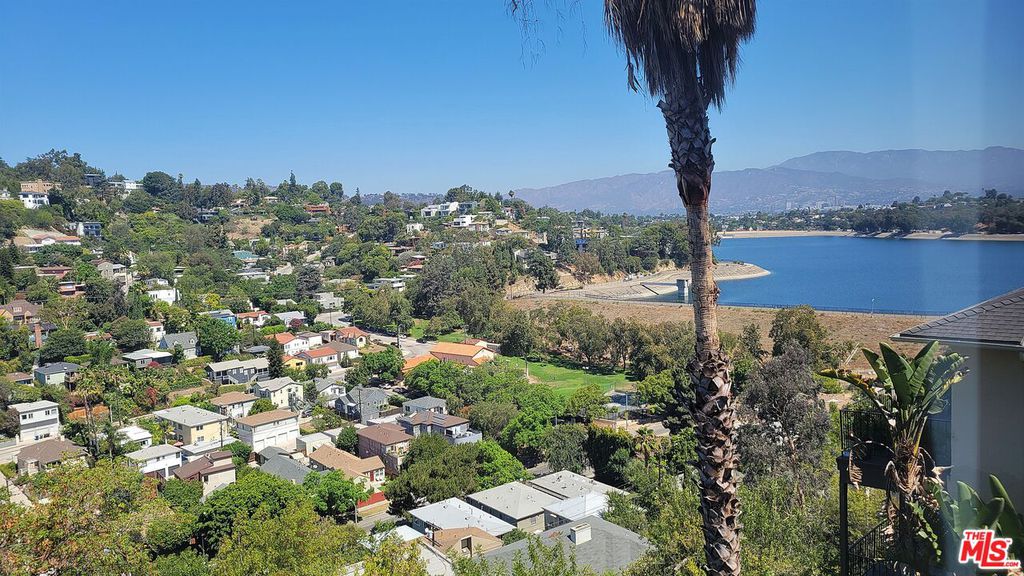 Homes for Sale Near 1803 Silverwood Ter

This property is not currently for sale or for rent on Trulia. The description and property data below may have been provided by a third party, the homeowner or public records.
Located in coveted Silver Lake Hills area of Los Angeles, this 1940s Tri-level Duplex charmer is loaded with original character and some of the best views in the hills. Top floor home: sun filled two-bedroom apartment, contains original Art Deco details and features, such as curved wood wall panels, period built-in cabinets, and corner windows for the ultimate views. The second unit is built on two floors. The middle floor has direct access from the garage into the kitchen. The original tile floorings in the kitchen and the bathrooms add to the charm of the era gone by yet in style and current. A large balcony with 180 degrees panoramic view of Los Angeles and Silver Lake Reservoir makes this unit a rare find. The second, lower portion of the second unit can be accessed from an inside staircase or from a separate exterior door. It also has a kitchen and amazing views. It is filled with the same charms and features as the top floor home. The residents share a common patio in the back. The building has not been on the market since 1996. This is your chance to own a quintessential Silver Lake duplex that shares the neighborhood with multimillion-dollar homes. It is a short distance from the parks and lake and from all the hip and trendy Silver Lake shops and restaurants. Rent could cover the mortgage payment, so why not own this little gem? Tenant occupied. Listing Agent attends.

For homes in 90026
*Based on the
Trulia Estimate

These are the assigned schools for 1803 Silverwood Ter.
GreatSchools ratings are based on test scores and additional metrics when available.
Check with the applicable school district prior to making a decision based on these schools. Learn more.

What Locals Say about Silver Lake

At least 397 Trulia users voted on each feature.
Learn more about our methodology.

Do legal protections exist for the LGBT community at the state level in California?

Homes for Rent Near 1803 Silverwood Ter

Off Market Homes Near 1803 Silverwood Ter