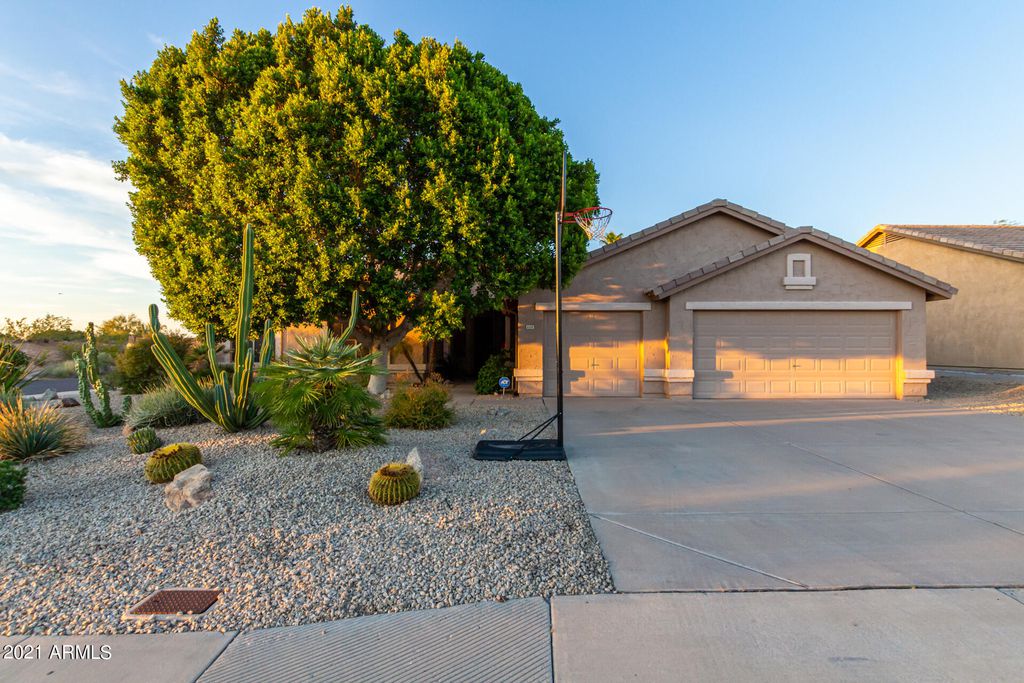 This property is no longer available to rent or to buy. This description is from January 07, 2022
This single story home is in Regency at Ridgeview Estates and has a split floor plan that features a 4 bedroom/2.5 bath plus DEN, 3 car garage and a gorgeous backyard with a pool. This home is light and bright featuring a spacious kitchen with an island, stainless appliances, granite countertops and plenty of cabinet space. The home features granite countertops in kitchen and bathroom, vaulted ceilings, plantation shutters and an oversized master bedroom. The large private backyard features a pebble sheen pool, large covered patio area and above ground heated SPA. The exterior also has a three car garage with Epoxy flooring, plenty of built-in cabinets and so much more. If you have been looking for a single story with a great backyard this might be the home for you!

All information should be verified by the recipient and none is guaranteed as accurate by ARMLS
Listing Information presented by local MLS brokerage: Zillow, Inc., local REALTOR®- Chris Long - (480) 907-1010

For homes in 85215
*Based on the
Trulia Estimate

These are the assigned schools for 6510 E Omega St.
GreatSchools ratings are based on test scores and additional metrics when available.
Check with the applicable school district prior to making a decision based on these schools. Learn more.

What Locals Say about Mesa

Do legal protections exist for the LGBT community in Mesa?