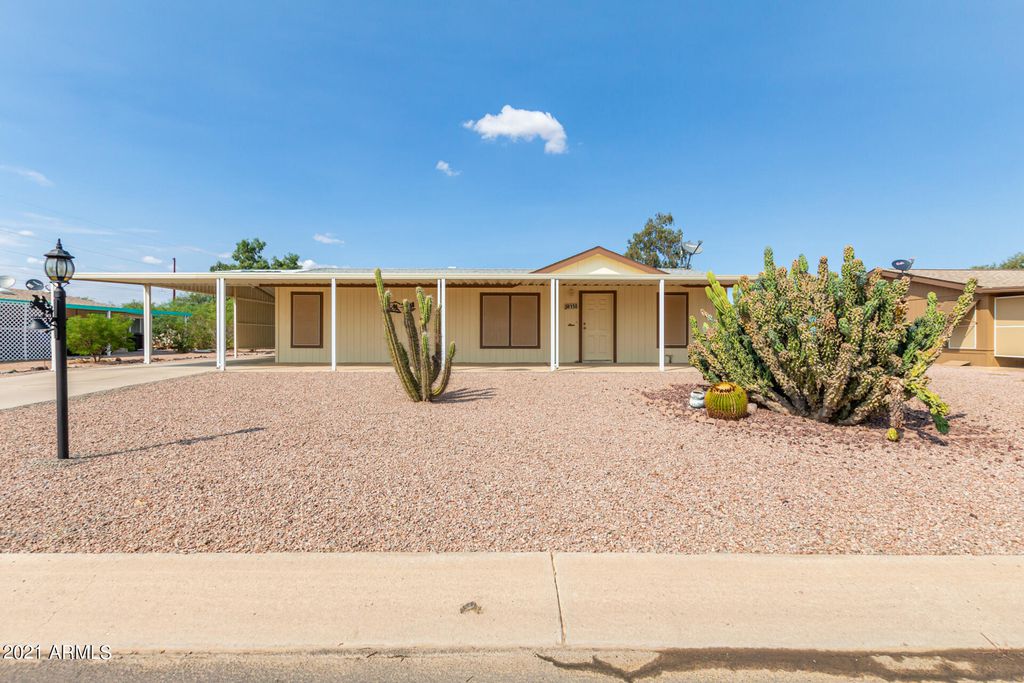 This property is no longer available to rent or to buy. This description is from November 12, 2021
Please come see this beautiful and well maintained, fully furnished home in the great 55+ Community of SunScape Estates. Large lots, long driveways, tastefully maintained. This beautiful home has 3 bedrooms 2 full baths, with a rare split floorplan. Eat-in kitchen, a very nice sized family room, and a separate laundry room. Vaulted ceilings throughout. Outside is a covered patio on 3 sides and an attached storage room which is also a Golf Cart Garage. The Community Center and Pool/Spa are directly behind this property for easy access. The 18 hole Golf Course is adjacent to the neighborhood. You must come by and experience this nice secluded community that is less than 10 minutes from every store, restaurant, service that you could ever want or need. List of contents in Document Section

All information should be verified by the recipient and none is guaranteed as accurate by ARMLS
Listing Information presented by local MLS brokerage: Zillow, Inc., local REALTOR®- Chris Long - (480) 907-1010

For homes in 85194
*Based on the
Trulia Estimate

These are the assigned schools for 150 E Dakota Dr.
GreatSchools ratings are based on test scores and additional metrics when available.
Check with the applicable school district prior to making a decision based on these schools. Learn more.

What Locals Say about Casa Grande

Do legal protections exist for the LGBT community at the state level in Arizona?